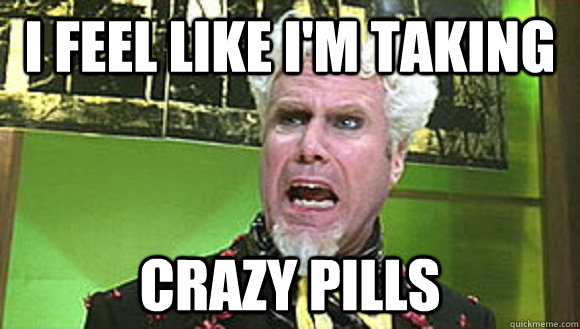 Note: I actually wrote this about a month ago just after Immunet was acquired, and then I sat on it. I didn’t want to post somthing that would sound to self absorbed… I’ve re-read it now, and I’m pretty happy with the sentiment.

If you’ve worked in technology for any length of time, you probably have a story along the lines of: “I could have joined Hot-Startup a year ago, and if I had, today I’d be worth X.”

For instance, a good friend of mine, back in the late 90’s, shared an office with Jerry Yang. My friend could have been one of the first 5 guys at Yahoo if he wanted. He would later lament that he had the opportunity to join at pretty much anytime –and had he gone that route, he would be worth multi-millions today. But don’t feel too bad for him: he sold his first startup and did quite well, though not as well as if he had gone to Yahoo. I was speaking with another friend, and his story was missing out on YouTube. I’ve heard plenty of others over the years.

So why do I bring this up? Well, I had the chance to join Immunet a few months ago and they were just sold to Sourcefire. When I learned a bit about how the employees of the Immunet deal made out, I can’t say I didn’t do my own hindsight calculation.

Before I took my current full-time role in July 2010, I asked the guys at Immunet if they had need for someone with my skills. I’ve known Oliver (the CEO) for a long time, so the conversation was pretty informal and very cordial. He said that given their level of funding they couldn’t take on another person at the time, so I happily took my current corporate job. Then a few months later –October I think– Oliver called me up and asked me to join the team. The job was something right up my alley and I really wanted to take it, but I had only been in my current job for 4 months or so. I thought it over a lot and decided I couldn’t leave my boss, who is also a good friend, in the lurch. So I turned down a really cool job at Immunet because the timing was just a few months off.

This brings us to the part where I say: “If I’d taken the Immunet job I’d be worth X.” Actually, all I know for sure is that I would be worth more than I am now, since there is no way to really tell. I thought it through for a day or two, and I don’t regret my decision. In fact, if I had it to do over again I’d make the same decision. I just didn’t feel leaving a good job after 4 months would be right –when you take a job, you make a commitment to do the work, and not bail the moment something cooler comes along.

Does this self-congratulatory stance make me feel better about turning down a great opportunity? Yes, but I also believe it illustrates why some of us “miss out” on the hot startup. In my case, it was about loyalty and commitment; in my friend’s case with regard to Yahoo, he had his own startup vision. Other people may consider family: spending time with your three year old rather than 14 hour days at a startup doesn’t sound like a path people truly regret. Not every decision to go somewhere is about money, and when we make a hindsight calculation, we need to remember that.

This entry was posted on Friday, February 25th, 2011 at 2:26 pm and is filed under Startups, Uncategorized. You can follow any comments to this entry through the RSS 2.0 feed. You can leave a comment, or trackback from your own site.